When Are Insurance Companies Obligated To Honor A Coblentz Agreement? 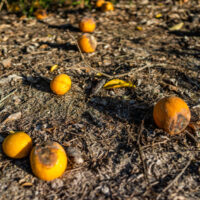 Insurance companies have a duty to act in good faith when handling an insured party’s claims. This often includes defending the insured against lawsuits that are within the scope of a policy. If an insurer wrongfully refuses to provide such a defense, the insured can settle the case themselves in exchange for the plaintiff promising to only seek collection from the insurance company. This is known as a Coblentz agreement based on a 1969 federal appeals court decision.

The problem with Coblentz agreements is they are susceptible to collusion between the insured party and the person suing them. For this reason, courts will only enforce such agreements if the plaintiff–the party seeking to collect against the insurer–can show that coverage existed, the insurer wrongfully refused to defend the insured defendant, and that the terms of the ultimate settlement were reasonable and made in good faith.

A recent decision from the U.S. 11th Circuit Court of Appeals, Travelers Indemnity Company of Connecticut v. Richard McKenzie & Sons, Inc., illustrates a case where the plaintiff failed to make these required showings. This case involved a Florida citrus grove. The owner of the grove–the plaintiff in the underlying lawsuit–hired the defendant to manage the grove on his behalf. Essentially, the plaintiff was a hands-off absentee landlord who trusted the defendant to plant and maintain the trees on the grove.

The plaintiff and defendant eventually settled their non-negligence claims for $200,000, which the defendant agreed to pay personally. The parties also included a Coblentz agreement with respect to the negligence claims in the amount of $2,965,750 in damages. The plaintiff then asserted the right to collect this amount from the insurer.

Understandably, the insurer balked. The insurance company filed its own lawsuit in federal court seeking a declaratory judgment that it had no duty to defend or indemnify the defendant against the plaintiff’s original negligence claims. The insurer further maintained this was a case of improper collusion between the plaintiff and the defendant.

A federal judge granted summary judgment to the insurer. The 11th Circuit affirmed that decision on appeal. The main issue, the Court of Appeals noted, was that the insurance policy contained an exclusion for any “property damage” caused by the defendant “performing operations.” Here, the defendant’s negligence occurred while performing operations on the plaintiff’s citrus grove. His actions therefore fell within the exclusion and the insurer had no duty to indemnify or defend.

Insurance companies are required to pay legitimate claims. But they are certainly under no obligation to honor Coblentz agreements that attempt to circumvent the clear language of a policy exclusion. If you represent an insurance company looking to defend against such bad faith lawsuits, contact the Tampa bad faith insurance lawyers at HD Law Partners today to schedule a consultation.