Do Homeowners Have The Right To Record An Insurance Company’s Appraisal? 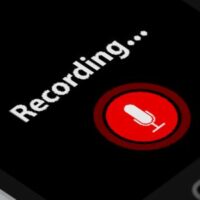 Most Florida homeowner’s insurance policies contain an appraisal provision. This protects the insurance company’s right to have its own appraiser review a homeowner’s claim, including the ability to physically inspect the property itself. This, in turn, minimizes the risk to the insurer of paying out on a fraudulent or exaggerated claim.

A question that has recently come up before the Florida appellate courts is whether the homeowner has the right to record the appraiser and the appraisal. The Third District Court of Appeals addressed this question in State Farm Florida Insurance Co. v. Chirino, in April 2020. More recently, the Fourth District decided essentially the same question in Silversmith v. State Farm Insurance Co., Fla. Both courts came down in favor of the homeowner’s right to record.

The circuit court based its order on Section 934.04 of the Florida Statutes. This law deals with the “interception of wire, oral, or electronic communications.” Basically, the statute provides that it is only lawful for private individuals to intercept such communications “when all of the parties … have given prior consent.” The judge in this case interpreted that to mean “the only way to record by way of video or audio [of the appraisal] is with the full consent of all parties participating.”

But the Third District disagreed. According to binding precedent from the Florida Supreme Court, Section 934.03 only applies in situations where the speaker has “an actual subjective expectation of privacy, along with a societal recognition that the expectation is reasonable.” In this case, there was no such expectation. The insurance policy did not prohibit recording the appraisal. Nor did the appraiser have a “legitimate expectation of privacy while in the insured’s home for the inspection.”

In short, nothing in Florida law prevents a homeowner from “openly recording an inspection of her own home.” The Third District pointed to the Fourth District’s similar holding in Chirino on this point. In Chirino, the circuit court did grant a homeowner’s request to record an appraisal inspection. State Farm then asked the appellate court to quash that order. In rejecting State Farm’s request, the Fourth District held that the appraiser had no privacy rights in this situation.

State Farm actually did not cite Section 934.03 in the Chirino appeal, but rather pointed to the Florida Constitution itself, which guarantees the right to privacy. State Farm argued that a homeowner’s recording “might be unfairly used to harass or intimidate its appraiser.” The Fourth District said that was speculative at best, and if there was any harassment or intimidation, that could be dealt with later by the circuit court.

Insurance companies have every right to take appropriate steps to protect their appraisers and other employees. But cases like the ones above illustrate the limits of how far the courts will go to help. If you need legal advice or representation from an experienced Tampa insurance attorney, contact HD Law Partners today.