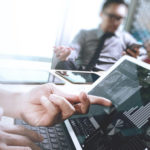 Wells Fargo has received its fair share of public scrutiny lately due to lax oversight and various legal violations associated with overseeing banking practices and the bank’s sham accounts scandal. Starting around 2004, internal investigations revealed an increase in “sales gaming cases,” whereby bankers were moving money into and out of customer accounts in… Read More »