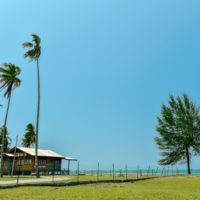 Following the significant damage that Hurricane Irma inflicted on the state of Florida, storm damage and recovery is a major priority on the Florida legislature’s agenda this year. The session opened on January 9th, with the Florida House focusing on storm preparations and recovery, and the Senate on economic damage.

According to the National Oceanic and Atmospheric Administration, Hurricane Irma caused $50 billion total in damages, with more than $7 billion in property damage claims filed in Florida alone.

As discussed by a Forbes article, homeowners and others in Florida filing claims from Hurricane Irma can continue to “expect storm clouds ahead” in terms of these claims being fairly addressed.

Most of the claims related to Hurricane Irma are linked to wind damage; specifically: 300,000 for wind and an estimated 150,000 for flood damage, totaling around $40 billion for these alone. Insurers have reportedly been steadily increasing hurricane wind coverage deductibles and setting new limits on payouts, shifting much of the cost onto the homeowner in the form of a clause or phrase buried in the paperwork that those purchasing the policies likely did not know about. These clauses are known as “anti-concurrent causation clauses,” which remove coverage for wind damage if an “uninsured flood” occurs at the same time, and they are virtually impossible to find and comprehend within insurance policies.

Another hurdle many are facing involves insolvent insurers; companies that went under prior to Hurricane Irma, which necessitate those who had policies with them and suffered loss to file a claim with the Florida Insurance Guaranty Association.

Hurricane Issues Being Considered For Change

Within the Florida legislature, the specially-formed committee on hurricanes plans to vote on the approximately 80 recommendations referred for legislation in mid-January. Some of those recommendations relate to:

The Florida hurricane claim attorneys of HD Law Partners have decades of experience helping Florida citizens with claims related to flood, wind, and hurricane damage. If you have come across an ambiguous clause that is being used by your insurer to deny your claim or provide for inadequate payments, you should contact an attorney right away. We can assist you in ensuring that you and your family are protected.