Can an Insurance Company Be Held Responsible for Events That Happened Decades Prior to the Coverage Period? 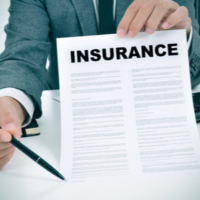 An insurance policy is a contract that must be interpreted according to its plain language. Under Florida law, a court must interpret an insurance policy “liberally in favor of the insured” and give the “broadest possible” effect to any clauses governing coverage. At the same time, an insurer is not obligated to indemnify any conduct that clearly falls outside the scope of the stated coverage.

Take this recent decision from the Florida Fourth District Court of Appeal, Certain Underwriters at Lloyd’s, London v. Pierson. This insurance dispute arose from events that occurred almost 40 years ago. In the mid-1980s, a 15-year old boy was convicted of murder and sentence to life in prison. In 2010, he was exonerated after new evidence was found proving his innocence.

The wrongfully convicted man subsequently filed a federal civil rights lawsuit against the two police officers who arrested him, alleging they had beaten a confession out of him. The case proceeded to a jury trial. The jury ultimately returned a verdict of $7 million against both officers.

The officers then sued the insurance company that provided commercial general liability policies to the city where they worked at the time they committed their civil rights violations. These policies, issued between 2004 and 2008, provided coverage for any “personal injury … arising out of any occurrence from any cause including … liability arousing out of law enforcement activities happening during the period of insurance.”

The insurer quickly moved to dismiss the lawsuit, arguing that the officers’ misconduct “did not occur during the policy periods.” After all, the officers’ actions occurred some 20 years before the policies were even issued. Nevertheless, a Florida circuit court judge refused to dismiss, finding that an insured “occurrence” under the policy was not limited to a single event. It also covered “repeated events resulting in injury which triggered coverage during the policy periods.” The wrongfully convicted man’s injuries was, in the judge’s view, a victim of a continuous series of injuries that continued until his exoneration, which was during the coverage period. The insurer therefore had a duty to indemnify the officers.

On appeal, the Fourth District reversed. It found the circuit court’s reasoning went far beyond the plain language of the policy. As it was “undisputed that the Officers’ misconduct occurred 20 years prior to the execution of the policies, there can be no duty to indemnify in this case.” The fact the victim continued to suffer injuries from the original “occurrence” up and through the coverage period was legally irrelevant, the appellate court said. Nor did it matter that the victim was exonerated during the coverage period.

Insurance companies always have a duty to pay claims that are presented in good faith. But no insurer is required to provide coverage where the language of the policy explicitly states otherwise. If you are involved in a coverage dispute and need legal advice and representation from an experienced Tampa insurance attorney, contact HD Law Partners today to schedule a consultation.