As Hurricane Michael Insurance Claims Are Delayed, Floridians Could Be Made Homeless 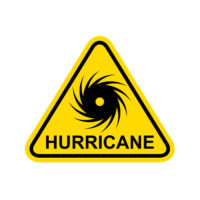 There is no question that Hurricane Michael has wreaked incredible devastation to many Floridians, both destroying their homes and their places of work. While a number of media outlets have focused on the estimated damage to agricultural resources and related business operations, as of late, new housing has emerged as one of the most challenging struggles for those affected by the hurricane.

The damage wreaked by Michael not only affected a number of property owners, but those who depend upon spring tourism as well. With a number of businesses now awaiting the arrival of beach tourists to make up for their losses, those displaced by the hurricane who still have not been made whole by their insurance companies are concerned that they could find themselves homeless, as they have, up until now, had to depend upon temporary housing which could now be turned over to tourists. According to reports, their monthly and weekly rates are now expected to double, while others are being turned out without the option of lease renewals.

Even a number of homeowners who may want to return to their homes and have, in some circumstances, been told by insurance adjusters that they cannot due to a lack of power and significant water damage. In fact, some counties even ordered mandatory evacuation prior to Hurricane Michael’s arrival. Meanwhile, the Federal Emergency Management Agency only covered the first two weeks of temporary housing for these displaced individuals, and many have spent the last few months wrestling with insurance adjusters and searching for available contractors in an effort to get their lives back on track.

At the heart of many of these headaches are the delays in settling insurance claims. Due to these delays,  a number of homeowners have had to get extension after extension, all while it is near-impossible to find available contractors, nearing severely desperate circumstances. Temporary housing was the only option keeping them from homelessness in the hopes that homes would be ready for their return by the time the spring was over. However, due to insurance claim delays, those returns aren’t possible, as these homes still remain uninhabitable, especially since now the limited number of contractors available will also face a housing shortage.  In addition, some property owners are now facing special assessments of thousands of dollars from homeowners associations in order to “repair storm damage.”

If You Live In Florida and Are Suffering From a Hurricane Claim Delay, Contact Our Attorneys

If you have suffered due to Hurricane Michael, and fear that you could be left homeless due to a delayed insurance claim, contact our Florida hurricane insurance claim attorneys at HD Law Partners today to find out how we can help you and your family secure your future.