When Is An Insurance Company Required To Honor An Assignment Of Benefits? 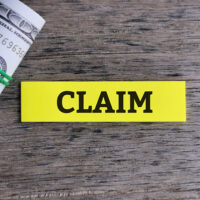 It is common practice for homeowners to assign their insurance benefits to businesses that perform repair work. But such assignments must strictly comply with the terms of the underlying policy. Insurance companies are under no obligation to pay over benefits to an unauthorized third party.

A recent decision from the Florida Fourth District Court of Appeals provides a useful example. In this case, QBE Specialty Insurance Company v. United Reconstruction Group, Inc., a homeowner sustained water damage to their property. The day the damage was found, the homeowner hired a contractor–the plaintiff in this case–to perform emergency mitigation services.

This prompted the plaintiff to sue, alleging the insurer failed to honor the terms of the assignment and the insurance policy. Specifically, the policy said that the insurer would pay the homeowner “unless some other person … is legally entitled to receive payment.” The plaintiff argued it was such a person.

The Fourth District explained the burden was on the plaintiff to prove there was a valid assignment. The insurer had already presented evidence demonstrating the opposite. Since the plaintiff had yet to present its own evidence rebutting the forensic examiner’s testimony, there was a material “issue of fact,” which as a matter of law cannot be resolved at the summary judgment stage.

Insurance companies have every right to insist policyholders and potential assignees strictly comply with the terms of a policy. Certainly, no insurer is required to honor a forged or fraudulent assignment. That is why it is crucial to work with an experienced Tampa insurance attorney who can review the facts of a case and provide you with skilled representation. Contact HD Law Partners today if you would like to schedule a consultation with a member of our team.