When Homeowners’ And Condo Associations Have To Litigate Over Construction Defects 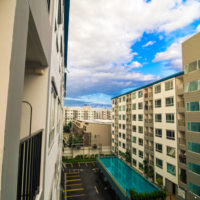 In June, when the “Loft 2” condominium in downtown Miami was constructed with some serious flaws—such as defects in the air conditioning, heating, and ventilation, and malfunctioning fire sprinkler heads—the association filed a lawsuit against the general contractor, Whiting-Turner Contracting Co., as well as a number of associated subcontractors, such as the fire sprinkler contractor, Century Fire Protection Inc., alleging the companies failed to build the condo according to building plans and Florida Building Code standards. Other problems facing the association included defective longitudinal seam welds in the piping, improperly condensed water systems, lack of water treatment, premature unit pump failures, and rusting and scaling of pipes; all of which failed to meet minimum standards. Below, we discuss some of these claims in greater detail.

According to a report produced by engineers who inspected the building for construction defects, approximately 90 percent of the fire sprinklers were plugged. According to the complaint, as a result of the defects, the Miami Fire Department had to place an emergency fire watch on the condo association in case a fire broke out and the sprinkler heads failed to operate throughout the building.

Unfortunately, residents also suffer when these types of construction defects occur: defects like these can cause deterioration of and damage to pumps, heat pumps, drywall, and insulation. The HVAC system and related problems have also led to peeling paint, water intrusion, and general property damage.

When the Defendant Company Blames another (Third) Party

If you are a condo or homeowners’ association that has been wronged with respect to construction or another contract, having the right lawyer on your side is absolutely essential.

At HD Law Partners, our Florida homeowners’ association attorneys provide this proactive legal representation you can count on; contact us today to find out more.