Understanding What Specific Damage Is Covered By An Insurance Policy 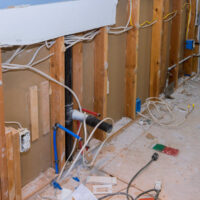 Even when an insurance company is required to cover some damages arising from a specific event, such as water damage, that does not necessarily mean the policy covers all damages incidental to the event. Of course, an insurer is required to pay a valid claim in good faith. But they are not under any legal obligation to go beyond the scope of the policy’s coverage.

Florida Appeals Court: Insurer Only Liable for Overflowed Toilet, Not the Damaged Pipe That Fed It

Take this recent decision from the Florida Third District Court of Appeal, State Farm Insurance Company v. Shotwell. This case involved a dispute over water damage to a private residence. The homeowner’s toilet overflowed, causing substantial water damage to his master bathroom, master bedroom, and adjoining parts of the house.

The homeowner held an “all-risk” policy with State Farm. The insurer acknowledged coverage for some of the water damage and issued an initial payment of $888.72, which accounted for the homeowner’s deductible and depreciation.

The homeowner then hired a public adjuster to assess the total amount of the property damage. Working with a construction company, the adjuster determined the toilet overflowed “due to a blockage in a sagging and corroded pipe” located underneath the kitchen cabinets. This pipe serviced the master bathroom. To access and fix that pipe, the construction company therefore needed to tear out and replace part of the kitchen cabinets.

An appraiser ultimately determined the total amount of the homeowner’s damages came to around $139,000. State Farm said it would only pay some of that amount. Of note here, the insurance company argued it was not responsible for the costs of tearing out part of the kitchen to access the defective pipe.

Dissatisfied, the homeowner sued State Farm for breach of contract. A trial judge sided with the homeowner and ordered State Farm to pay the full amount of damages. On appeal, however, the Third District partially reversed. It agreed with State Farm that the policy language did in fact exclude the costs of tearing out the kitchen cabinets.

The key provision of the insurance policy stated that when property loss was caused by water “escaping” from a system, State Farm would pay to tear out and replace “only that particular part … necessary to gain access to the specific point of that system … from which the water” escaped. In other words, State Farm was liable for damages to the toilet–since that was the point where water actually escaped into the house–and not the pipe in the kitchen. It might sound pedantic, but the Third District said that was how the policy was worded.