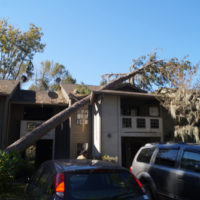 According to the Palm Beach Post, with Florida only one and a half months away from the next hurricane season, less than 57 percent of Hurricane Irma insurance claims have been closed with insurance payments, leaving many home and business owners at a loss, wondering if they will ever hear back on their insurance claims, and whether perhaps those claims will be denied due to the $8.6 billion backlog on them.

In addition, industry officials recently acknowledged that they may have underpaid on tens of thousands of claims they declared closed after September. For example, Florida state-run Citizens Property Insurance just reopened more than 24,000 Hurricane Irma claims to review as more information has become available.

Reactions to Threats of Litigation

With so many Florida property owners feeling abandoned and on their own, insurance companies are now concerned about litigation. In particular, it is of concern that many claims are declared closed in the first place, only to be reopened once legal concerns are expressed.

This is arguably a profitable tactic used by the insurance companies, as many property owners simply give up once they hear that their claim is closed. As a result, many claims are grossly underpaid or not paid at all. In one case, for example, a public adjuster found more than $21,000 in damages, where Florida’s largest insurer—Universal Property & Casualty Insurance Co.—had paid the property owner $500 and declared her claim closed.

What many people get when they try to ask questions about decisions like these are terse letters and unreturned calls. According to the Office of Insurance Regulation, in Palm Beach County alone, while more than half of the 40,000 claims against insurers have been closed with payment, more than 15,000 have been closed without any payment, and 5,000 are still open.

Reasons cited for denying claims include insurers indicating that something is not covered under a given policy (and instead requires a separate flood policy), that a claim does not meet hurricane deductibles, and that companies do not agree that the damage described in a claim was specifically covered by Hurricane Irma.

For many property owners, the delays, underpaid claims, and denials cost them thousands of additional dollars in expenses as damage goes unfixed and unaddressed.

If your Florida property suffers from hurricane damage, the last thing that you want is your insurance claim to be grossly underpaid or not paid at all. Work with our Tampa Bay and Fort Myers hurricane insurance attorneys today to ensure that you have what you need to move forward with your life, with security. Contact us at HD Law Partners today to schedule a consultation.