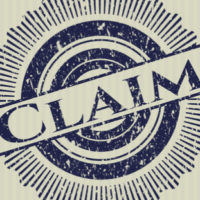 September 10 marks the one-year anniversary of Hurricane Irma and the devastation it left in Florida. As we circle back to this date, it is crucial for a number of families and businesses that experienced damages due to the hurricane to think about potential hurricane claims, insurance policies, and deadlines to recover benefits.

After Irma, many businesses were simply focused on getting back up and running again. Filing an insurance claim was, for many, an overwhelming task to add to the chaos, especially given the many questions that had to first be answered before the claim could even be filed; questions such as: what losses can/should be claimed, under what provisions, am I covered for flood issues, etc. This only became more complicated by the many responses received by insurance companies, which sometimes refused to honor claims altogether—indicating that the policyholder had no coverage—for unclear reasons.

Below we discuss some of the issues that you and your attorney should discuss in attempting to identify any potential past and future claims:

When trying to figure out whether your business experienced any interruption, and if so, when that began, your instinct might be to assume that this is the date Irma made landfall. However, in order to properly protect yourself, you need to be a bit broader in this perspective, as also look at how business was disrupted long before even the first wind reached shore. For example, in many parts of Florida—including areas such as Miami-Dade County—businesses and residents were also under strict evacuation order before Irma fell.

You will also want to discuss the following issues with your hurricane insurance claim attorney: the period of time necessary to rebuild, repair, or replace the damaged property, the length of time that lost income is covered, any areas of uncertainty, such as accounting history to establish revenue from prior years, etc.

What about the Statute Of Limitations?

Other surprises can stem from when this period starts to run—i.e. does it run from the date Irma made landfall, or when the insurer issued its coverage decision? This is connected to—and can similarly affect—policies that require pre-suit mediation, or impose waiting periods if negotiations have failed. As a result, some policyholders do have to decide—sooner rather than later—whether to accept an offer, abandon a claim, or litigate.

Do not try to Navigate in the Dark: Speak with an Experienced Hurricane Insurance Claim Attorney

If you suffered due to hurricane Irma, do not let yourself be overwhelmed by surprises.Contact one of our experienced Florida hurricane insurance claim attorneys at HD Law Partners to get the help you need from the insurance policy you have dutifully paid in order to rebuild your life.

Mr. Perotti's work can be described as excellent, efficient, and professional. HD Law Partners is a breath of fresh air in the legal world. I am extremely grateful. read more