Is A Policyholder’s Non-Compliance A Defense To A Breach Of Contract Lawsuit? 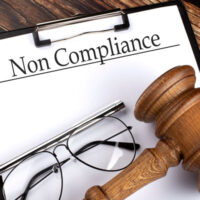 Insurance policies are contracts. As such, when an insurer fails to pay a valid claim, it is subject to suit for breach of that contract. But this works both ways. If the policyholder fails to live up to their contractual obligations, that can supply the insurer a valid defense to any alleged breach.

A recent decision from the Florida Third District Court of Appeal, Nunez v. Universal Property Casualty Insurance Company, provides a helpful illustration. In this case, the plaintiff insured her home with the defendant. The plaintiff reported a claim in 2015 over purported water damage from two leaks in her kitchen and bathroom, respectively. She later submitted written proof of loss, asserting $50,000 in total damages.

At trial, the defense argued the plaintiff’s failure to attend the EUO was itself a “material breach of the insurance contract” preventing her from recovering any damages. The trial judge instructed the jury that it had to find that the defendant proved the plaintiff “unreasonably failed to attend her” EUO to sustain this defense. The jury ultimately rejected the defense and returned a verdict for the plaintiff.

Sometime after the trial, the Third District issued an opinion in another case, American Integrity Insurance Company v. Estrada, that held when an insurance company establishes that a policyholder has “failed to materially satisfy any contractually mandated post-loss obligations, then the burden shifts” to the policyholder to establish their breach did not prejudice the insurer’s rights.

Based on the Estrada decision, the defendant in Nunez argued it was entitled to a new trial. The trial court granted that motion. Indeed, the judge issued a directed verdict holding that the plaintiff breached the insurance contract. The judge then ordered a new trial to determine whether the defense was prejudiced by this breach.

The plaintiff appealed, hoping to reinstate the original jury verdict, but the Third District affirmed the trial judge’s decisions. The appellate court pointed out that unlike the earlier Estrada case–where there was a genuine factual dispute over whether the policyholder complied with the insurance contract–here the plaintiff’s noncompliance was not in dispute. Instead, the plaintiff argued during the original jury trial that the defendant’s request for an EUO was itself unreasonable. But the Third Circuit said that was a legally irrelevant argument.

Insurance litigation often involves a number of technical and fact-specific issues. That is why it is important to work with an experienced Tampa mold and water damage attorney who understands the process and can work with you to secure the most favorable outcome. Contact HD Law Partners today to schedule a consultation.