Insurance Litigation As A “Battle Of The Experts” 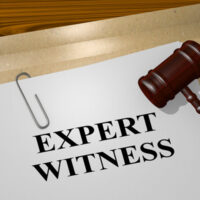 Even when an insurance company agrees to provide coverage for damage to a home, they will often challenge the extent or cost of the insurable loss. This then forces the homeowner to take legal action to protect their contractual rights. Such litigation then often ends up being a “battle of the experts,” with each side offering qualified testimony to establish the true extent of the damages involved.

A recent decision from the U.S. 11th Circuit Court of Appeals, Izquierdo v. Certain Underwriters at Lloyd’s London, provides an example of such a dispute. The plaintiffs in this case own a South Florida home that sustained roof damage due to Hurricane Irma in 2017. According to the plaintiffs, their roof had no leaks prior to the storm. Post-Irma, however, they noticed roof leaks and water damage inside their home.

A public adjuster inspected the property and recommended replacing the entire roof. Together with other damages, the adjuster valued the plaintiffs’ insurance claim at about $230,000. The plaintiffs later obtained an estimate for just the cost of replacing the roof, which came to $109,300.

Meanwhile, the insurance company conducted its sown inspection through a third-party administrator. The administrator concluded that while the storm “resulted in 24 fractured and 83 loose concrete roof tiles,” it did not create any “openings” in the roof that would cause water leakage. Instead, the administrator believed there must have been water leaking through “preexisting openings.” As such, the insurer said it would not replace the roof and only offered about $28,000 on the plaintiffs’ claim (which would then be reduced by a $14,400 deductible).

The plaintiffs subsequently sued the insurance company for breach of contract in Florida state court. The insurer exercised its right to remove (transfer) the case to federal court. To support their case, the plaintiffs disclosed their intentions to call three expert witnesses at trial.

Federal court rules require parties to make certain “disclosures” regarding expert witnesses prior to trial. This is to ensure neither side is unfairly surprised. The rules distinguish between expert witnesses who need to provide a written report and those who do not. This latter group is often referred to as “hybrid” witnesses, as their testimony combines both factual observations and opinion.

In this case, the plaintiffs classified their experts as hybrid witnesses, which do not require the same level of disclosure as pure fact witnesses. The insurance company objected and claimed the witnesses should be held to the stricter disclosure standard. The trial judge sided with the insurer, struck the testimony of all three of the plaintiffs’ proposed experts, and dismissed the case outright.

On appeal, the 11th Circuit said the trial judge failed to meaningfully justify their decisions. The trial court was at least bound to give more careful consideration to the plaintiffs’ arguments before throwing out their entire case, the appellate court said. So it returned the case to the lower court for further proceedings.

Insurance litigation is rarely quick or easy. But when your contractual rights are at stake, you should not hesitate to assert yourself in court when necessary. If you need legal advice or representation from an experienced Tampa insurance litigation attorney, contact HD Law Partners today.