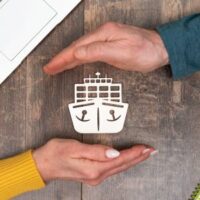 When interpreting an insurance policy, the choice of law will often determine how a court will enforce that policy’s terms. In this context, choice of law refers to which state’s laws govern the policy. Or in some cases, whether federal law may also apply.

A recent decision from a federal judge here in Florida, Great Lakes Insurance SE v. Lassiter, provides a case in point. This insurance dispute involved both federal and state choice-of-law questions–specifically, what laws to apply to a boating accident.

A man named Lassiter leased a boat called Shmily from a corporate owner. Lassiter hired another named Russick to captain the boat. Russick, acting as Lassiter’s intermediary, applied for an insurance policy for the boat. In that application, Russick failed to disclose the fact Lassiter had a 15-year-old misdemeanor domestic violence conviction. This will become relevant later.

The insurance policy included a “Named Operator Warranty.” This basically meant that the insurer would only cover a loss if the boat was “operated only by covered persons,” which in this case meant Captain Russick.

One day, Russick and Lassiter took the boat out for a test run. Russick remained on the vessel’s bridge but his first mate was actually at the helm. The boat “abruptly ran aground,” according to court records as it hit a sandbar. Russick retook the helm but he could not dislodge the boat.

Lassiter subsequently filed a claim with his insurance company. After an investigation, the insurer denied the claim. Lassiter filed a lawsuit.

The judge had to first determine what law to apply. Marine insurance contracts typically fall under admiralty law, which is a type of federal jurisdiction. This means that federal law trumps state law. But where there are any “gaps” in federal law, the relevant state law still applies.

Lassiter argued that Florida law should fill in the gaps. The insurer argued that under the terms of the insurance policy, New York law must apply. The judge agreed with the insurer.

Under New York law, Lassiter was out of luck. The main problem was that as noted above, the captain was not actually at the helm when the accident occurred. The Named Operator Warranty said that only listed persons could “operate” the boat. That included taking the helm. Indeed, as the first mate had helmed the boat on at least two occasions prior to the accident, the insurance policy was technically void the first time someone other than the captain was at the controls.

The judge said there still remained a disputed question over how long the policy was in effect. This question centered on the failure to mention Lassiter’s prior misdemeanor conviction on the insurance application. The insurer said this voided the policy from the outset based on its internal procedures. The judge said it was not clear at this stage of the litigation whether the omission was actually “material to the underwriting process.”

Insurance policies often involve complicated legal questions that can only be sorted out in court. If you need advice or representation from a qualified Tampa insurance attorney, contact HD Law Partners today to schedule a consultation.