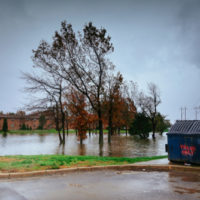 The U.S. Eleventh Circuit Court of Appeals (covering Florida) recently made a decision helpful to insurance companies fighting insurance bad faith claims. Specifically, the court held that no reasonable jury could find that an insurer’s failure to disclose information about additional insurance in its statutory insurance disclosure rose to the level of bad faith.

In this case, a driver struck a pedestrian, who was badly injured. When the driver’s insurer (Allstate) offered full policy limits to claimant, the claimant rejected the offer. Several months later, the claimant informed the insurer that they were willing to settle and requested that the insurer provide disclosure pursuant to Florida law, which lists what every insurance policy must specify. Specifically, every policy must specify:

Florida common law also recognizes that insurers must exercise good faith in handling claims against their insureds. If an insurer is found to have acted in bad faith, it is liable for the entire judgement against the insured in favor of the injured third party, including any amounts necessary beyond the policy limits.

However, in order for a claimant to prevail in a bad faith claim, the claimant must show a causal connection between the damages claimed and the insurer’s bad faith. The standard of care expected from an insurer in handling these claims against its insured is the “same degree of care and diligence as a person of ordinary care and prudence should exercise in the management of their own business.”

HD Law Partners represents insurers who are being challenged as behaving in bad faith over coverage, damages, liability, or settlements. Contact our attorneys today to find out more—we serve clients in Fort Myers, Orlando, Sarasota, Tampa, and surrounding areas.