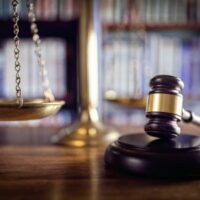 Last year, the Florida legislature adopted significant changes to the state’s property insurance laws. Among these amendments are a new requirement that commercial or residential policyholders file a notice with the state before suing an insurance company over its denial of a claim. This pre-suit notice must be given “at least 10 business days” before filing a lawsuit, but not before the expiration of a 90-day period during which the insurer has the right to review and either pay or deny the claim.

The purpose of the new pre-suit notice is to give the insurer additional time to investigate and review the claim and decide whether to either accept coverage, continue to deny coverage, or reinspect the property. Only if the insurer continues to deny the claim can the policyholder then file a lawsuit. If the insurer failed to file the pre-suit notice beforehand, however, the court is required to dismiss the lawsuit with prejudice.

One question that is likely to arise in the Florida courts is whether this new pre-suit notice requirement is retroactive, that is whether it applies to insurance policies issued before the law took effect on July 1, 2021. At least one federal judge has already considered this question and ruled the law should not be applied retroactively.

The case in question, Dozois v. Hartford Insurance Company of the Midwest, involves a couple whose Florida home sustained wind damage. They filed a claim with their insurance carrier. The policy in question took effect on January 31, 2021, six five months before the new Florida pre-suit notice law took effect.

The plaintiffs filed their lawsuit in August 2021 alleging the insurance company failed to fully indemnify them for the wind damage to their property. In response, the insurer argued the lawsuit should be dismissed as the plaintiffs never filed a pre-suit notice. The insurer said that since the lawsuit was filed after the new law took effect, it should be applied retroactively to this case.

The judge disagreed. The court pointed to a 2010 decision from the Florida Supreme Court, Menendez v. Progressive Express Insurance Co., which involved a similar Florida law requiring pre-suit notice before suing under the state’s no-fault law governing auto accident benefits. The Menendez court held that statutes that included provisions “that impose additional penalties for noncompliance … do not apply retroactively.” The judge here said the same principle should apply. Since there was now a penalty for failure to comply with the pre-suit notice requirement–dismissal of the plaintiff’s case–the 2021 law could not be applied retroactively.

The 2021 legislation represented a substantial change to the state’s insurance laws. As courts continue to sort out the implications of these new rules, it is even more critical that you work with an experienced Tampa insurance litigation attorney if you are involved in a coverage dispute. Contact HD Law Partners today to schedule a consultation with a member of our staff.