Does An Insurer Have To Pay Based On A Homeowner’s Account Of Wind Damage? 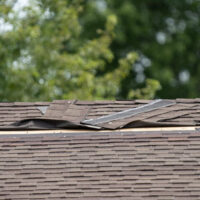 After a bad storm, a homeowner might notice damage to their property and assume that the weather was responsible. From the insurance company’s perspective, however, correlation does not necessarily mean causation. In other words, the evidence may show that the damage to the property was the result of normal wear and aging and not a specific weather event.

A recent decision from a federal judge in Jacksonville, Dias v. GeoVera Specialty Insurance Company, provides a helpful illustration. In this case, a homeowner filed a claim with an insurance company, alleging that his roof was damaged in a storm that occurred on December 20, 2018. More precisely, the homeowner told the insurer the damage “may have been due” to this particular storm.

The insurance company retained an independent adjuster to conduct an inspection. The adjuster noted the homeowner’s roof had been in place since the initial construction in 1985, more than 30 years ago. Critically, while the adjuster did observe some cracks in the roof tiles, he concluded this was not the result of wind from a storm but rather “wear and tear over time.” Since the homeowner’s policy excluded coverage for “wear and tear” of this sort, the insurer denied the claim for roof damage.

The homeowner sued. In court, the homeowner presented a conflicting expert report from his own adjuster. The insurer also retained a second expert to re-inspect the property. As you might expect, the dueling adjusters came to different conclusions. The insurer’s expert found the roof damage was not caused by wind from the 2018 storm; the homeowner’s expert said just the opposite.

The judge, however, ruled the testimony from the homeowner’s expert inadmissible. Federal and state courts follow certain rules when admitting expert testimony of any kind. These rules require the judge to decide, among other things, if the expert is qualified and whether they used “reliable” methodology in reaching their conclusions.

In this case, the judge said the homeowner’s adjuster did not use a reliable methodology in concluding the roof was damaged by the storm. To the contrary, the judge said the adjuster’s “methodology” was basically accepting what the homeowner had told him, i.e., that wind caused the roof damage. The adjuster only examined the roof personally one time and he “did not review other records or documents.” As such, the judge found the testimony inadmissible. And since the homeowner had no other evidence to support his case, the judge dismissed in favor of the insurance company.

Insurance companies must balance their responsibility to policyholders with their fiduciary duty to shareholders. No insurer is required to pay a claim that lacks any substantiation. If you are involved in a dispute and need representation from a qualified Tampa insurance litigation attorney, contact HD Law Partners today to schedule a consultation.