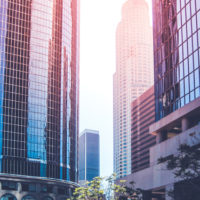 Many are concerned about the new arbitration rule issued by the Consumer Financial Protection Bureau, which is set to go into effect in September. The rule would prohibit consumers from agreeing to use arbitration to remedy any disputes they have with credit card companies and banks.

As a result, in July, the U.S. Senate Committee on Banking, Housing, and Urban Affairs announced that it will file a Congressional Review Act Joint Resolution of Approval in the Senate, disapproving of the rule. Florida Senator Marco Rubio is one of the original co-sponsors of the resolution expressing disapproval.

Banks and other financial firms typically include language in consumer contracts blocking individuals from filing class action lawsuits and instead funneling any disputes over credit cards and similar accounts into private arbitration. In this context, arbitration tends to be more cost-efficient and often deters people from filing frivolous lawsuits against credit card and banking companies.

However, if the rule goes into effect, it will allow class action lawsuits against these companies to be filed, enabling additional group lawsuits.

Many are concerned that the Consumer Financial Protection Bureau has gone too far and is effectively engaging in lawmaking without involving Congress or oversight from the executive branch. In addition, a study put out by the Bureau in 2015 arguably found that arbitration can be beneficial to consumers; that it can be a fair and successful way of resolving disputes; whereby regulatory efforts to limit its use could actually leave consumers worse off. The regulation could also allegedly have the unintended effect of increasing obstacles for new fintech and peer-to-peer lending startups.

Congress now has the option of using the Congressional Review Act to block the rule from going into effect. Under the Act, Congress has the option to rescind the rule with the majority vote within 60 legislative days after an agency has submitted the rule to Congress.

Some have also suggested that there is an additional method available to kill the rule: The Trump administration could unilaterally strike it down under the justification that it threatens the safety and soundness of lenders. This is because the same Dodd-Frank law that created the Consumer Financial Protection Bureau also provides the Financial Stability Oversight Council with the ability to set aside any rule issued by the Bureau which endangers the stability of the financial system.

If you are a business owner and have questions concerning legal matters with regards to your business or corporation, contact us today to find out how we can help.

At HD Law Partners, our Florida business and corporate law attorneys have over 40 years’ combined experience in representing clients who own a variety of types and sizes of businesses. We are strong corporate advocates, working aggressively to ensure that your company’s interests are protected.