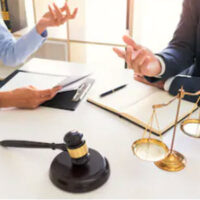 Homeowner’s insurance policies often contain appraisal clauses. Appraisal is a form of alternative dispute resolution similar to arbitration. In its simplest form, an appraisal clause states that if the parties disagree as to the amount of an insured loss, each side will appoint an independent appraiser. If the appraisers cannot agree on a value, they will jointly appoint an umpire to act as a tie-breaker. The final decision is then binding on the insurance company and the policyholder.

When an insurance policy provides for binding appraisal, then either party may initiate the process and the other party must comply. But what happens if the homeowner assigns their claim to a third party, such as a company hired to perform repairs? Does the appraisal process bind the third party as well?

The case itself arose from damage to a home sustained during Hurricane Irma in 2017. The homeowners hired a contractor to repair damage to their roof. The contractor insisted on an assignment of insurance benefits to secure payment.

A Florida circuit court judge sided with the insurance company. It held that the mandatory appraisal provision in the policy was enforceable against the contractor. The contractor persisted and filed an appeal, but the Second District agreed with the circuit court’s decision.

As the Court of Appeals explained, the general rule in Florida is that absent certain limited exceptions, “[a] All contractual rights are assignable” unless the contract itself prohibits assignment. This includes “post-loss insurance claims.” In this case, the homeowners assigned their post-loss claims to the contractor. That assignment did not, however, eliminate the “duty of compliance with contract conditions.” At the same time, a third party cannot be held liable for performance of any duty under the contract.

But compliance with the appraisal provision is not a matter of “performance,” the Second District held. Rather, it is a condition precedent to receiving benefits under the insurance policy. That condition was “not eliminated by a post-loss assignment of the contract.” The contractor therefore had to submit their dispute over the amount of coverage to binding appraisal.

Appraisal and alternative dispute resolution generally play an important role in resolving insurance claims. Insurance companies certainly have every right to enforce their own contracts providing for such methods of dispute resolution. If you are involved in such a dispute and need representation from an experienced Tampa insurance litigation attorney, contact the offices of HD Law Partners today to schedule a consultation with a member of our team.