Advice On Social Media During Divorce 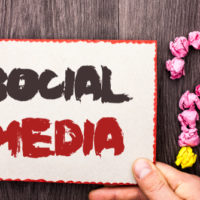 A study recently published in the Journal of Cyberpsychology, Behavior and Social Networking found that people who use Facebook specifically more than once per hour are more likely to experience conflict with their romantic partners. Often, jealousy or instability stems from people being able to reconnect with old partners, or “emotionally cheat” with others.

In addition, social media posts can absolutely be used against you in divorce proceedings: According to a survey conducted by the American Association of Matrimonial Lawyers, two-thirds of divorce lawyers use Facebook as a primary source of evidence in divorce cases. Below, we discuss some of the most common types of evidence gathered from social media sites for divorce cases:

Avoid Posting Messages or Pictures That Could Deem You Unfit

As many people know, courts will make child custody and parenting/time decisions based on what is in the best interest of the child. Thus, gathering evidence from social media sites to argue that an individual is an unfit parent is one of the more common types of social media evidence used against divorcing parents engaged in a contentious divorce. As such, it is best to avoid posting pictures that can be used against you to argue you are a negligent or irresponsible parent (such as photos of you partying, drinking while you have custody of your child, etc.).

Spousal support is another issue that plagues many divorces. Be careful about posting messages or pictures that might be used against you to argue that you are not being forthcoming about your income in an effort to avoid or reduce paying spousal support.

Posting About Your New Partner

Another topic that tends to be used against people involves postings that discuss new romantic partners. This can sometimes lead to scornful litigation from an ex, and even an argument that you are not putting your child’s interests first by exposing them to a new partner so quickly.

On a similar note, posting nasty messages about your ex can also be used against you. At a minimum, wait until your divorce has been finalized before you post any negative comments or nasty jokes about your ex. This can also be used against you in child custody proceedings, as courts do take into account how you treat your ex and to what extent you foster a relationship between your child and your ex in terms of what is in the best interest of the child and their mental health and ongoing relationship with both parents.

If you are contemplating getting a divorce or are already in the process of obtaining one, consult with one of our experienced Florida divorce attorneys at HD Law Partners to ensure that you are protected in every aspect of your life.