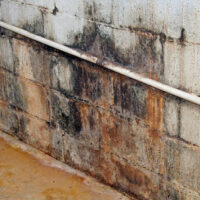 If you own your own home and a car, you likely have insurance on both. There is a critical difference between the two types of insurance. Florida law requires drivers to carry a minimum amount of auto insurance known as personal injury protection (PIP) coverage. As far as your home goes, however, state law imposes no similar requirement. If you have a mortgage, the lender will usually require homeowners’ insurance to protect their interests. The State of Florida won’t punish the homeowner if the owner decides not to insure the house.

Since homeowners’ insurance is not mandatory, it is purely a matter of contract between the policyholder and the insurer. As such, legal concepts that may apply to homeowners’ policies may not apply to auto insurance, and vice versa. This came up in a recent decision from the Florida Fourth District Court of Appeals, People’s Trust Insurance Company v. Restoration Genie Inc., which involved the interpretation of a homeowners’ policy.

This particular case involved a claim for water damage. The homeowner experienced a leak and sought coverage. The policy had what is known as a “preferred contractor” clause. Basically, the insurer gave the homeowner a $75 annual credit against his premiums, and in exchange he agreed that the insurer could use its own “rapid response team” (RRT) as its preferred contractor to make repairs.

In this case, however, the homeowner decided to use his own contractor to repair the water damage. Under the policy, if the homeowner failed to notify the insurer of a loss and let its RRT team perform the work, then the insurer’s coverage obligation was limited to either the “reasonable cost incurred for mitigation” or the amount the insurer would have paid the RRT to perform the emergency repairs, whichever was less.

The homeowner assigned his coverage rights to his contractor. The contractor, in turn, billed the insurer $5,327.10 for the repairs. The insurer said it would only pay $2,000, as it did not receive prior notice and that was the limit it would have paid its own RRT for the work. The contractor subsequently sued the insurer for the difference.

A Florida circuit court judge granted summary judgment to the contractor. But the Fourth District reversed, holding there were still disputed factual issues requiring trial. The appellate court specifically rejected the contractor’s argument that the insurance company’s service agreement with its RRT, which limited payments to $2,000 in these cases, effectively amended the homeowner’s insurance policy and created a new coverage limit. Under Florida law, insurers typically need to provide notice in cases involving auto insurance when attempting to limit reimbursements for covered expenses.

But as the Fourth District explained, this was not an auto insurance case. Homeowner’s coverage is not mandated by state law and, as such, is not subject to the same restrictions as PIP coverage. So the contractor in this case could not rely on case law related to auto coverage to prevail in its claim.

Speak with Our Team at HD Law Partners Today

Insurance companies often must litigate to enforce their clearly stated rights under a given policy. If you are involved in a disputed mold and water damage claim and need legal representation from a qualified Tampa insurance attorney, contact HD Law Partners today to schedule a consultation.