What You Need To Know About Hurricane Deductibles In Florida 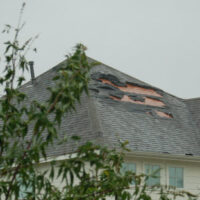 As another hurricane season approaches here in Florida, it is a good idea for all homeowners to review their insurance coverage and understand what damages may–or may not be–covered by a storm. All insurance policies contain some form of deductible. But many policies that cover windstorm damage will also include a separate “hurricane deductible.”

What Is a “Hurricane” for Insurance Purposes?

Typically, a hurricane deductible applies separately from other deductibles applied to coverage for wind damage. A “hurricane” in this context means a storm system that has been declared as such by the National Weather Service. Typically, if the storm is named–e.g., Hurricane Irma–it will likely meet the legal definition of “hurricane” for insurance purposes.

Under Florida law, an insurance company can only enforce a hurricane deductible for such named storms. Specifically, the hurricane deductible may only be applied during a period beginning when the National Weather Service issues a “hurricane watch” or “hurricane warning” for the affected area, and ending 72 hours after the final warning or watch for any part of Florida terminates.

The percentage limits must still be expressed in dollar terms for the policyholder. There are also some exceptions. For example, if a house is insured for $250,000 or more, the insurer is not required to offer a $500 deductible option.

What If There Are Multiple Hurricanes in a Season?

Note that the single-season rule applies to the calendar year itself, not the period of a given policy. For example, let’s say a given homeowner typically renews their policy every 12 months in August. Their home was damaged by two hurricanes, the first in July and the second in September. The single-season hurricane deductible applied to wind damage from the July storm. If any of the deductible went unused, it would then be applied to wind damage from the September storm. But the hurricane deductible did not “reset” in August.

It is also important to note that hurricane coverage and hurricane deductibles only apply to windstorm damage to a property. These rules do not apply to any flood damage that may arise from a hurricane. The homeowner must purchase separate flood insurance to cover such contingencies.

If you are involved in a dispute over coverage obligations arising under a homeowner’s policy and need legal advice from a qualified Tampa insurance attorney, contact HD Law Partners today to schedule a consultation.