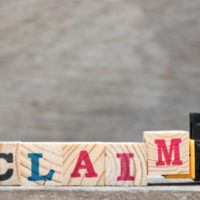 Even three months later, Hurricane Irma and corresponding hurricane insurance claim denials here in Florida are affecting businesses and negatively impacting tourism. While the Florida Keys in particular typically attract more than three million visitors a year—especially right around after Christmas is over—many of the big resorts remain closed after Hurricane Irma. And when hotels are closed, subsequent businesses—such as restaurants—also suffer.

Irma was Florida’s first major hurricane since 2004-2005, and left millions of Floridians without electricity; causing widespread damage; especially in the agricultural industry.

Hurricane Irma left its financial mark on the state of Florida: The category four hurricane caused more than $500 million in damages and destroyed more than 1,100 homes. Many of the properties that were damaged but not entirely destroyed are projected to remain closed until at least next fall, and many business owners have projected that it could take a full year or more to recover their losses.

According to some reports, the public and private costs are staggering, and include an estimated:

Hurricane Maria has now also left its mark, as evacuees from the U.S. Virgin Islands and Puerto Rico make their way to Florida.

Lawmakers Look For Better Solutions during Next Storm

Florida lawmakers have put forth a variety of proposals to try and speed evacuations when storms hit the state, such as using cruise ships or passenger trains to get people out, or even extending the Suncoast Parkway toll road North of Tampa Bay. Other recommendations include placing utility lines underground and strategically locating petroleum distribution centers, as well as investing in highway-railroad crossings so that they are better able to get much-needed supplies—such as fuel—out to areas following a hurricane event.

Many are especially concerned about Florida’s most vulnerable elderly populations—i.e. those in nursing homes and similar facilities—many of which not only lost power, but lives as a result. Governor Rick Scott has pushed forward with requirements that these facilities have generators on hand in order to keep the temperature safe, while others have suggested that the state explore options when it comes to providing on-site care for dialysis patients during these disasters.

If your business suffered from any type of damage during Hurricane Irma, you need to file an insurance claim as soon as possible with the help of a Florida hurricane insurance lawyer. The same applies to any claims that were unfairly denied.

At HD Law Partners, we serve to assist with hurricane insurance claims throughout Tampa, Sarasota, Orlando, and Fort Myers. We’ve been successfully helping businesses with legal concerns for years in Florida communities. Contact us today to find out more.