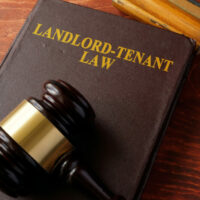 An important landlord and tenant case decided in December could have an effect on landlords around the country. The court specifically held that landlords can be held liable under the Fair Housing Act if they fail to reasonably address tenant race discrimination from other tenants. This is the first time the law has been expanded beyond direct action by landlords and allowed for landlords to be held liable for actions committed by third parties.

The case involved a tenant who allegedly experienced egregious discriminatory harassment from his next-door neighbor, who remained a tenant in the building even after he was arrested by police for aggravated harassment and a protective order was entered against him.

What The Fair Housing Act Says

The Fair Housing Act prohibits discrimination “by direct providers of housing,” such as landlords and real estate companies, as well as those in connection with the housing, such as banks and lending institutions, if/where discriminatory practices make housing unavailable to someone due to:

The Act has traditionally been utilized by the Department of Justice in cases involving discrimination in home improvement or mortgage loans, or where a group of individuals has had their rights denied and it raises issues of general concern. In addition, individuals who feel that they have been victims of an illegal housing practice can file a complaint with the Department of Housing and Urban Development or in court.

To what extent this could be applied to commercial landlords who, for example, are faced with the prospect of whether they should rent to someone who has a protection order entered against them by a party near the space for harassment reasons unconnected to race discrimination remains to be determined. The circumstances of the case involved the Fair Housing Act’s specific prohibition against racial discrimination in the rental of a dwelling. However, the majority did liken landlords taking action for littering on the premises with the need to take action to address tenant-on-tenant harassment complaints, which implies a broad reading of the statute.

Still, with existing privacy laws in place, many wonder what the landlord could have done, exactly, to halt the offending behavior. In addition, a number of landlords might be concerned that the individual allegedly engaging in harassment could sue them for discrimination and violating their rights for evicting them, especially if the concerning behavior that is the subject of complaints from neighbors  only involves speech.

If You Have Questions, Get in Touch with Our Florida Landlord/Tenant Attorneys

If you have a question about a landlord/tenant legal issue, contact our experienced Tampa commercial landlord and tenant attorneys at HD Law Partners. Consulting an experienced attorney when a dispute arises can help prevent litigation like this.

By HD Law Partners | Posted on January 31, 2020
Skip footer and go back to main navigation