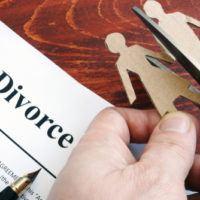 The new tax bill has received a lot of attention in the media. However, many do not realize that it will have implications on divorce and alimony payments (in addition to tax deductions).

Below, we discuss some of the ramifications of the law in greater detail, with a focus on how it complicates divorce.

Alimony Payments Are No Longer Deductible

Perhaps most notably, the Tax Cuts and Jobs Act made significant changes to alimony, eliminating the ability for the alimony payer to deduct the payments from his or taxes, and the mandate for the receiver to pay taxes on alimony payments as income, as applied to divorces entered into after 2018.

Under the new law, because the alimony payer’s income will be taxed at a higher rate, there will be less money to divide overall between spouses, with more money in general going to the government in the form of taxes.

In addition, many state alimony laws were specifically written with the assumption that alimony payments would be deductible by the payer, and taxed to the payee; thus, states are also now trying to figure out how to implement the new system. The recipient of alimony could effectively end up with more disposable income than the payer; at least, until the various states adjust their alimony payment guidelines. This is not only going to affect how one household splits into two, but how attorneys working on family law cases like these advocate for particular percentages in the courts.

Because the payee stands to benefit from the new tax law, it is possible that advantages can be gained for the payee by delaying the divorce process (starting in 2019, when this law becomes effective for divorces). Similarly, the tax bill hurts the payer, and thus there could be incentive on the payer’s part to rush through the divorce.

If you are going through or contemplating divorce, it is essential that you speak with an experienced divorce and alimony attorney as soon as possible. There are considerable ramifications depending upon when you file, and you should be aware of all the various relevant factors throughout the process. Only consulting with an attorney who understands the tax ramifications of the new law can help put your mind at ease.

If you live in Florida, contact the experienced family law attorneys at HD Law Partners to set up a consultation and find out how we can help.