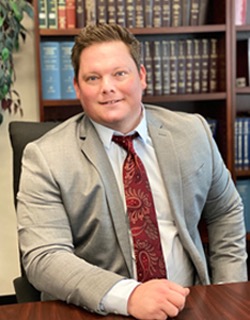 Michael began his higher education at the University of Central Florida, in Orlando, Florida, where he majored in Criminal Justice and earned a minor in Accounting. After graduating from the University of Central Florida in 2006, Michael began working for one of the nation’s biggest insurance companies, where he became well versed in insurance law. In 2007, Michael attended Florida A & M College of Law in Orlando, Florida. During law school, Michael worked as a litigation assistant for a busy personal injury firm in Orlando, as well as interned with the Orange County Public Defender’s Office. After graduating from law school with honors, Michael began practicing law with a litigation firm in South Florida. Since then, He has tried cases all over the State of Florida, including the Federal Courts. Additionally, Michael has gained experience with appellate practice by successfully defending several matters within the District Courts of Appeals in Florida.

When Michael is not practicing law, he enjoys spending time fishing and playing sports with his two sons.